4 Time Zone Bugs I Ran Into 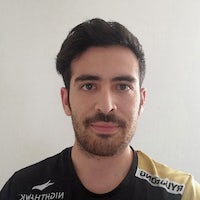 Here are 4 places where time zones might differ; and 4 personal bug stories for each case. I'll be referring to the same app for each story, the one I work with and maintain in my day-to-day job. This app works with Mexico's City time zone.

Time zone of your app

Your app runs with a default time zone. It's usually the time zone of the server it runs on, but it can be different.

In Java, you can define the time zone of the whole application when it boots. If for some reason you don't want to work with your server's timezone, this is the place to change it.

The bug - Time in Chile off by one hour

The app shows the date of creation of an object in many places. Three of these places were showing different times; two incorrect and one correct.

One error was because I forgot to pass the user's timezone to the date formatter. Quick fix.

The second error was weird. I couldn't identify why, so I compared it with the correct one.

But the third case was only right because the date had been double parsed! Once on the server and a second time on the client (browser).

So none of the three dates were actually correct. WTF?

After some headaches, I learned that each version of Java comes with a time zone data file. This file includes the latest information on the world's time zones, and the Internet Assigned Numbers Authority (IANA) manages it.

You can read more about these DST issues with Java here.

Time zone of your server

The operative system defines your server's time zone. I've always used Linux for production servers, and they come with UTC as the default time zone.

If you need to change this time zone, make sure to do it before your application starts or it won't reflect the change.

I was migrating some processes in our build and deployment pipeline. From configuring the app with every deploy to a pre-built AWS Amazon Machine Image (AMI) with HashiCorp's Packer.

One step of the initial configuration was to change the server's time zone to America/Mexico_City, and I was aware of it. So I created a bash script that changed the time zone on the AMI we were going to use. The script worked well when I tested it on a Linux instance. No problem there.

I proceeded to use this AMI in our staging environment and neither I nor my teammates noticed something off. So, to production!

Time zone of your database

You can also change your database's time zone. I use AWS Relational Database Service (RDS) and the default time zone is UTC. You can update it from the parameter group of your cluster or individual instance.

Now I was doing a migration of our database. I anticipated myself by changing the database's time zone to America/Mexico_City because the app and server had it. Every part of the system should be in the same page, right? Wrong!

The database was perfectly okay being in UTC while the app and server were in America/Mexico_City. That's how it worked.

This bug was not as critical as the previous ones because I caught it in our staging environment.

Time zone of your users

If it wasn't enough, each one of your users can have a different time zone, and you have to take that into consideration when showing time sensitive-data.

Time zones are one of the most complicated topics you'll find while developing software. They're complex by themselves, and even more when you throw some code into the mix.

Thanks for reading me! 💙 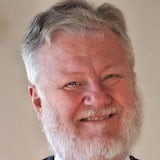 Here's another timezone bug. With a correct timezone file, I once tried to convert a local time of 2018-03-23 02:15 to UTC time. It failed with some sort of "incorrect date/time value" exception. It was buried in a big batch of otherwise correct data, which made it worse to track down.

It turned out that, in my timezone (America/New_York) that time didn't exist! That was daylight time switchover day in 2018. The local clock ticks from 01:59 to 03:00 on that day. 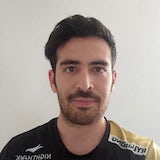 Yeah, it sounds like a really difficult bug to track down. DST always finds a way to ruin the day 😅

Thanks for sharing! I'll be even more cautious when the next DST change is approaching.